in Behind the Lens
by gajones31
0 Comments 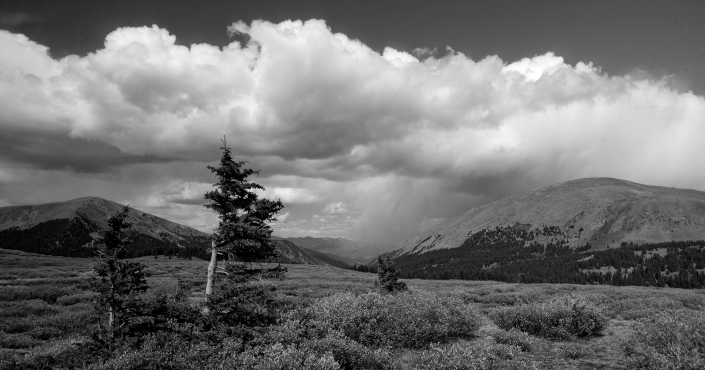 One of the great things about photography is that you see so many places that you would otherwise never see if you were not out seeking new images.  It is a big part of being a photographer that I love.  Roads, paths, alleys and lines on maps call you to explore what they have to offer.  That is, if you are willing to try new things and just venture a little way off the beaten path.  It is way, way too easy to be complacent and just look for what is easy  to shoot.  The road less traveled, as Robert Frost wrote, can take you miles away from the ordinary and can reward you with new experiences and images.

As a case in point, Christine and I were at our place in Breckenridge towards the end of a week of photographing the Fall Color in the area and were really wearing down from our extensive shooting.  I was ready to spend the last couple of days unwinding on the deck or soaking in the hot tub.  We had already scored a large number of great images and had weeks of review time ahead of us to review what we had already shot.  However, Christine had seen a couple of trails that looked interesting to her in a trail guide of the local backcountry areas.  Although they were only about 30 miles away, it sounded like a long way – mostly because in my mind I was done shooting.  But, with Christine’s insistence that we make full use of our time while we were there (and that we could rest later and I could soak in our hot tub back at our home) – we packed up our SUV and headed out.

Traveling south out of Breckenridge through Alma and Fairplay we headed up into the mountains to a road/trail known as Guanella Pass.  On the map it showed a winding road with offshoots that led out to abandoned ghost towns which sounded like they would provide great photo ops.  So, we turned off the main highway and began our journey along Guanella Pass.  Although it was the Fall time of the year when people come out to shoot the Fall color, we were there on a weekday and had the road all to ourselves.  Not another car or soul in sight and every turn of the road brought a new view and thoughts about what to shoot in the scene.  Here we were taking a trip down a road I had never considered trying and we were being rewarded with a whole day’s worth of great landscapes and new experiences.  Even if the scenery had not turned out to be filled with waterfalls, trails, abandoned cabins and mountain peaks, we still had the excitement of exploring a place we had never seen and would become part of the memory we took back with us.

As it was, we did find all of those things and arrived at the top of the pass in time to watch the sun set and wash the peaks with its golden alpenglow.  Standing at the peak of the pass we watched as the light faded and the stars rose above the peaks bringing the day to an insanely great finish.

But, that’s not the end.  The adventure continued on as we started our trip down the pass at night  on a narrow unpaved (rather rocky) road on a moonless night.  The entire pass runs about 20 miles long with the pass itself cresting at about the halfway point.  So, from the pass itself back down was a 10 mile trip ending in the town of Georgetown, Colorado.  As we head down the pass we talked about the great adventure we had and all of the great shots we felt we had, then as we come around a corner a portable traffic light appeared!  That’s right – right where the road became one lane down the mountain, set a red – yellow-green traffic light!  Way out in the middle of nowhere on a rocky, dirt road – a traffic light powered by a solar panel and a battery.  We both turned and looked at one another slightly amazed and with a laugh.  Had we not chosen to try this path we would never have captured the images we got and would have never experienced coming upon a traffic light in the middle of the woods!

To finish out the story we pulled up to the sensor pad connected to the light and since no one else was on the road it released us to take possession of the one lane down into Georgetown.  Once we got down into town we found a great, individually-owned place to eat built into an old hotel which served a great BBQ burger.  So, not only did we have a great adventure on a road to ourselves, we also experienced dining at a unique place we had never knew existed.  If Robert Frost could see us – he would have been proud.  Here we had more images and more stories to tell all because we took the road less traveled  – and that made all the difference.