Ansel Adams – Before | After

Ansel Adams – Before | After

Remember that highly popular photograph of Ansel Adam’s entitled Moonrise over Hernandez? As Ansel tells it . . . . .

“I had been photographing in the Chama Valley, north of Santa Fe . I made a few passable negatives that day and had several exasperating trials with subjects that would not bend to visualization. The most discouraging effort was a rather handsome cottonwood stump near the Chama River . I saw my desired image quite clearly, but due to unmanageable intrusions and mergers of forms in the subject my efforts finally foundered, and I decided it was time to return to Santa Fe . It is hard to accept defeat, especially when a possible fine image is concerned. But defeat comes occasionally to all photographers, as to all politicians, and there is no use moaning about it.

We were sailing southward along the highway not far from Espanola when I glanced to the left and saw an extraordinary situation – an inevitable photograph! I almost ditched the car and russed to set up my 8×10 camera. I was yelling to my companions to bring me things from the car as I struggled to change components on my Cooke Triple-Convertible lens. I had a clear visualization of the image I wanted, but when the Wratten No. 15 (G) filter and the film holder were in place, I could not find my Weston exposure meter! The situation was desperate: the low sun was trailing the edge of the clouds in the west, and shadow would soon dim the white crosses.

I was at a loss with the subject luminance values, and I confess I was thinking about bracketing several exposures, when I suddenly realized that I knew the luminance of the moon – 250 c/ft2. Using the Exposure Formula, I placed this luminance on Zone VII; 60 c/ft2 therefore fell on Zone V, and the exposure with the filter factor o 3x was about 1 second at f/32 with ASA 64 film. I had no idea what the value of the foreground was, but I hoped it barely fell within the exposure scale. Not wanting to take chances, I indicated a water-bath development for the negative.

Realizing as I released the shutter that I had an unusual photograph which deserved a duplicate negative, I swiftly reversed the film holder, but as I pulled the darkslide the sunlight passed from the white crosses; I was a few seconds too late!”

That image as it came out of the camera, contained the basics of a good image, but the final product was a far cry from the original.  The reason?  The same reason the images we download from our cameras are not our final image – it’s what we can do in post production that creates the final image which represents your vision.  It is always best to work to get your image as close in-camera to your final vision as possible, but your artistry continues on into the post-production stage.    What Ansel Adams did in his time was style his images the way he had visualized them by using the post production techniques available in the wet darkroom.  Adams always saw the negative as the score and the print as the performance.  In other words – the things he did or ‘performed’ in creating the print in post are what gave his images the special look that became his brand.

The image on the left shows the original image as it was developed without anything more than basic development.  On the right, the final print.

So what can we take away from the before and after example below? 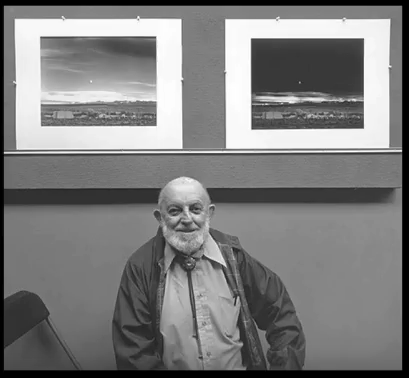 Artistic vision begins with composing a scene that you like and visualizing where you can go with it.  That in Adam’s assessment was like creating the score to a piece of music. In his mind, once the image or the score was created – all of the efforts taken to create the finial image for presentation to the public was like the performance of a piece of music.  The final image was a record of the photographer’s performance.

When creating your images, feel free to compose and get everything you can where you want it in-camera. Remember that your post-production work can be just as creative as your work with the camera and is just as important to your final artistic performance.