in Archive Behind The Lens
by gajones31
0 Comments

When I first lift the camera up to my eye, I already have a vision of how I’m going to frame the scene before me and how I want the final print to turn out.  Ansel Adams started this trend when he was shooting with his 8×10 film camera and it carries through to today to most photographers.  He called it “pre-visualizing” the image that he wanted to end up with when it came out of the darkroom.  In his case a wet darkroom – and in our case today, most often the digital darkroom.  Either way, Adams looked at the process of creating an image with his camera and then creating the print analogous to a piece of music and its performance.

The negative is the equivalent of the composer’s score, and the print the performance.” – Ansel Adams

When I go out into the field I generally go with a list of shots that I want to get, along with an open mind to shoot what’s there.  I know in my mind’s eye the images from an area I’d like to create even before I lift the camera up to my eye.  The image I get when I’m there is just the beginning, although I try to get the image as close to what I’m seeking in camera as I can.  That’s the composition – then running the image through my post production process and fine-tuning it is where the print is created for display, which he considered the performance.  There is a lot to be learned from the photographers who came before us.   If you’re interested in learning more about many of the well-known  photographers and their styles and lives, check out Ted Forbes video channel on “The Art of Photography” for some short, well-documented histories on photographers and photography.

As an example of the print at creation and the print as finished, here is a look at Adam’s “Moonlight over Hernandez” image as it came out of the camera and as the final print for sale. 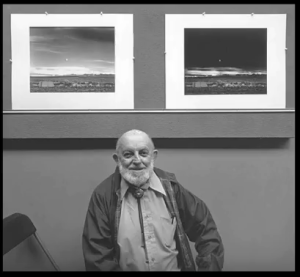