I’m a big fan of having spaces you can dedicate to your passions and one of my passions is photography.  Having a space of some sort that you can dedicate to what you love to do just enhances the love of doing it.  For me, a space to work on my photographs,develop background music and work on my photography web sites is what makes me happy.  Having a space that you can create work in or even run your business from is kind of like a sanctuary where your passion for what you do can run free. 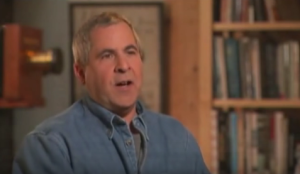 Jody Dole began his career kind of “back-asswards” as he describes it.  He had a couple of decent pictures he had that had turned out well, a single client that liked his work and no studio.  His first major success was a image campaign for Smirnoff Vodka and which he shot the whole campaign on his wife’s kitchen table.  When his client wanted to come to his studio he scrambled to create a studio while stalling the client for four months till they could  find and clean up a rented condo which they made look like a studio.  Once they had it setup they invited the client to come in to watch a photo shoot of the client’s product.  With the success of the campaign and the income from it he continued to lease the condo while be built up a list of additional clients until ultimately he could build his own studio.

I aspire to the kind of studio space Dole has built for his studio and post-production space.  It is a free-standing two-story barn with lots of light and studio space downstairs with post-production facilities (including a bedroom for those all-nighters) on the second floor of his studio space.  The main space has North facing skylights and the South side of his studio is covered with three garage doors made of clear door panels to let light in.  The clear door panels are covered by wood doors which can be opened to let light in through the glass garage doors or the garage doors can be opened up to the outside!  Set outside of his home among the trees, the facility includes storage for his props, a full kitchen for doing food photography, a library and a shooting bay setup with his studio lighting.